Short and simple – for those who want to stay in pristine nature, explore its varied and layered worlds, breathe fresh air even during the worst summer heat and taste real home made food-continental mediterranean mosaic food, after Gorski Kotar, Croatia offers many options for an active vacation in Lika region, and especially the area of Plitvice. Thanks to its rich natural landscapes, Lika is the perfect choice, destination to turists that are longing to discover new trails and explore new areas. Lika connects the continental part of Croatia with the Adriatic coast.This interaction between the mountain and Mediterranean climate has created a special natural environment with many health benefits. 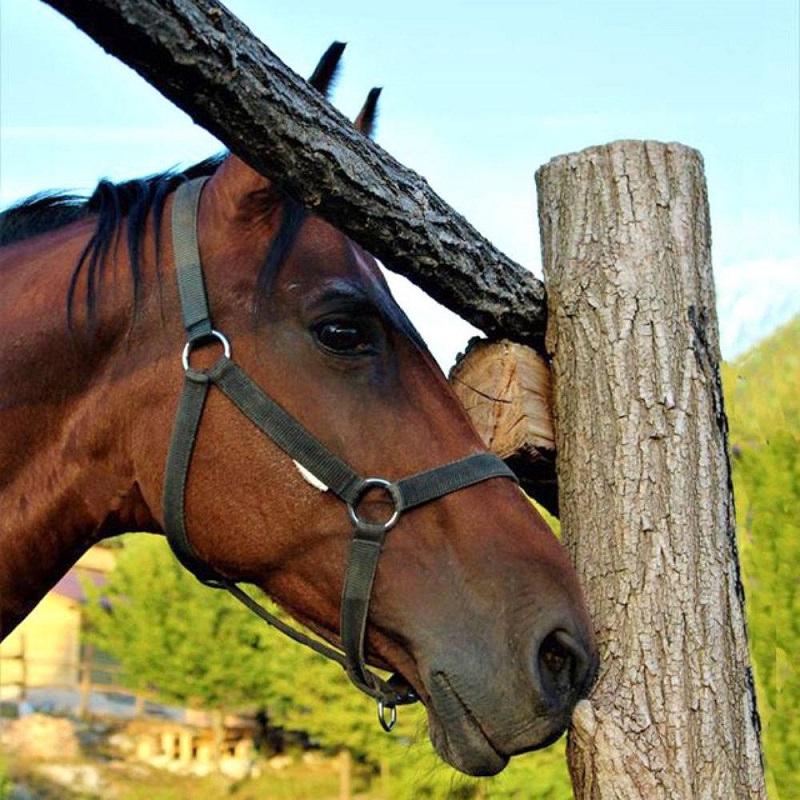 Beside its rivers, mountains, intact forests, lakes, gorges and caves, the Lika region will delight you with the largest number of national parks and nature parks. For the most famous park, you have already heard – the beautiful Plitvice Lakes. UNESCO World Heritage site, which it became back in 1979. 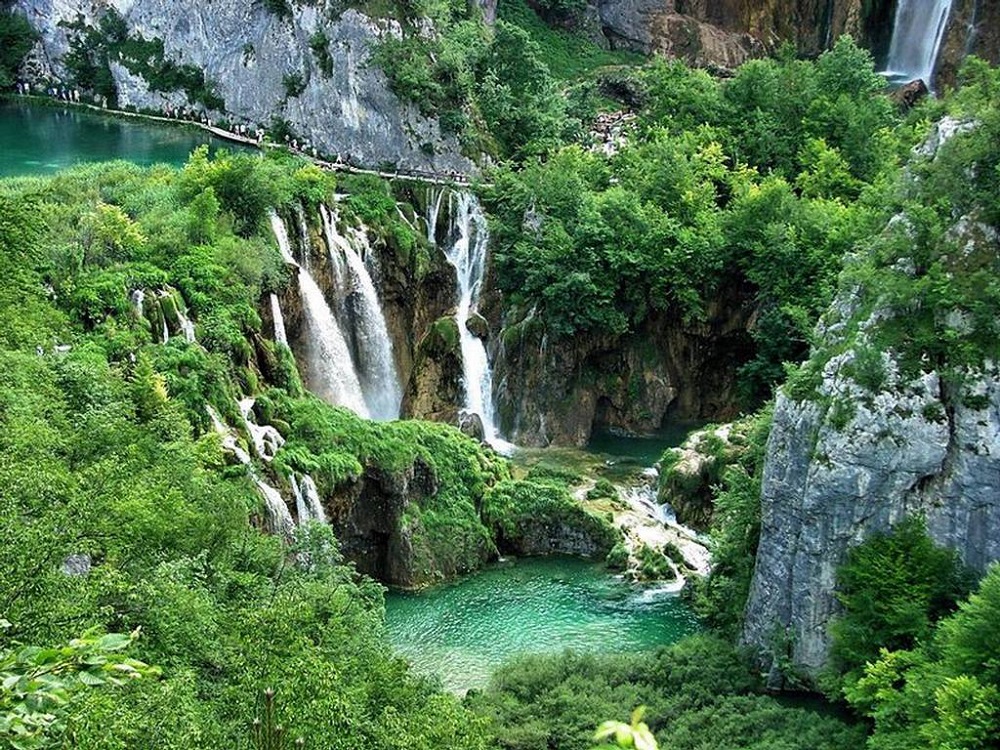 This is the most touristed inland attraction in Croatia, famous for its emerald-blue lakes and waterfalls. There are 16 lakes, all connected by trails and wooden bridges crossing fast running streams. It really is a lush, beautiful “waterworld”. Spectacular views, waterfalls and one of the most turquoise waters I’ve ever seen. Even if you do not believe in legends such as the one about the Black Queen, you must have come across a legend about the beauty of Plitvice, the beauty that takes your breath away. You probably know, that in the past, the Plitvice Lakes were known as the Devil’s Garden. 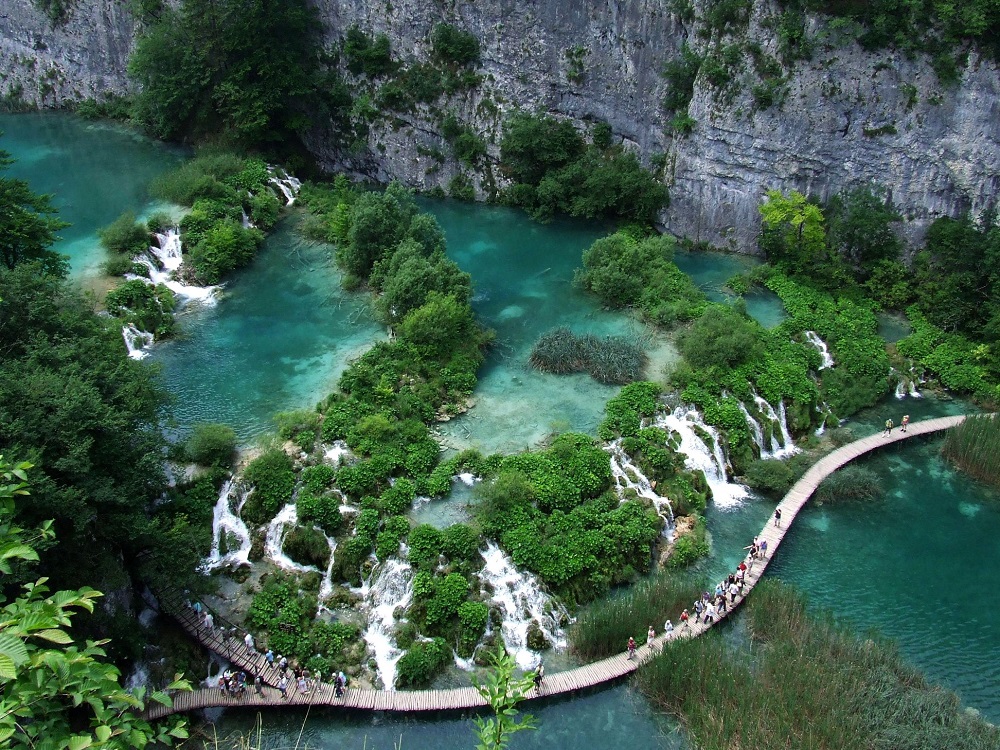 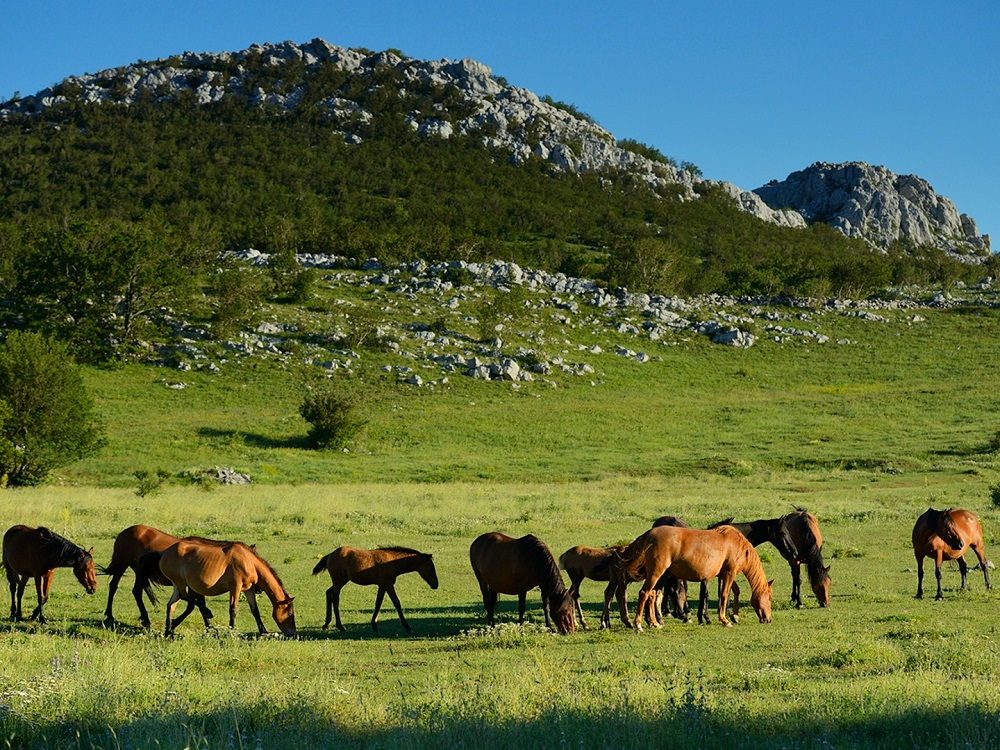 But, Lika Region, the green pearl is not limited for nature lovers.
The entrance from central Croatia to Lika is the city of Karlovac, the historic city which is symbolised by the four rivers that give it special energy and function as its recreational zone. The city has many interesting historical monuments and museums an atraction in vicinity, the old city Dubovac, old towns (Ozalj, Ribnik and Bosiljevo). 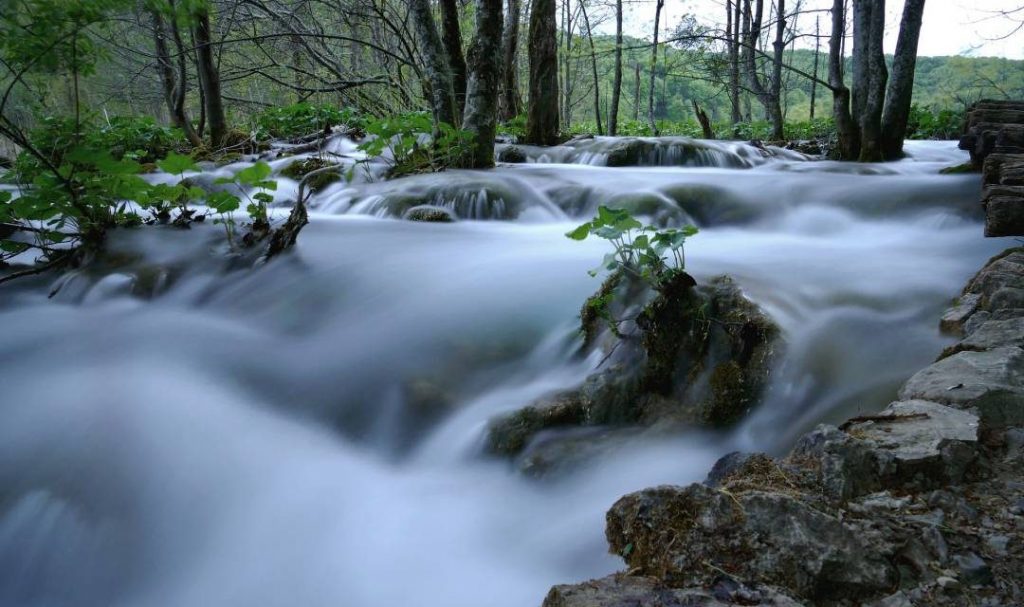 On the way from Europe to the Adriatic, should visit Rastoke village, an old village with water mills on rivers Korana and Slunjčica. Lot of small lakes, waterfalls and excellent fish restaurants. 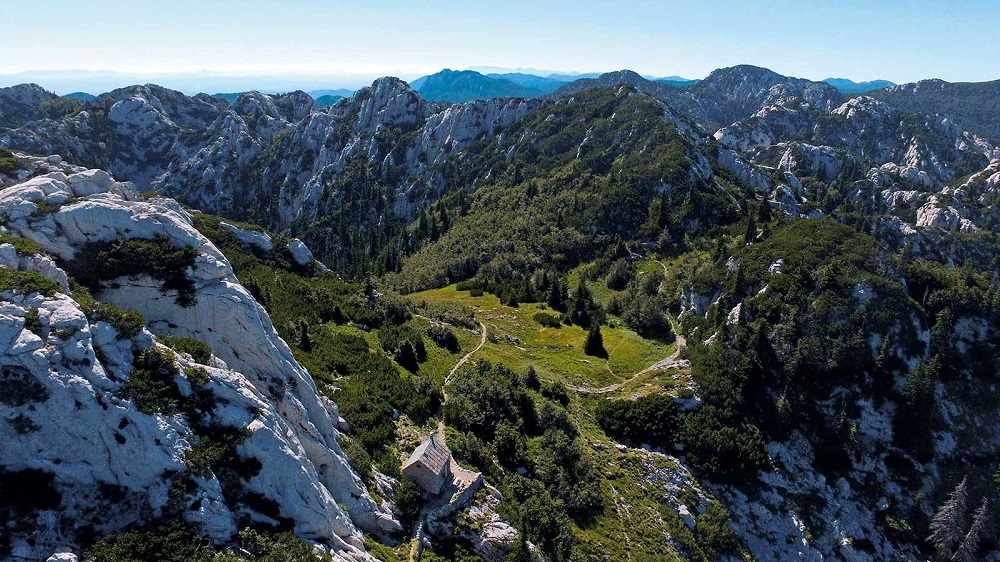 Lika is dominated by the Velebit Mountain, one of the most beautiful and highest Croatian mountains, whose northern part is a national park. the youngest of eight Croatian national parks, The secrets and beauties of Velebit are further evidenced by the fact that the Paklenica National  Park, known for its black pine forests, a rich plant world and karst forms, is located in its southern part. 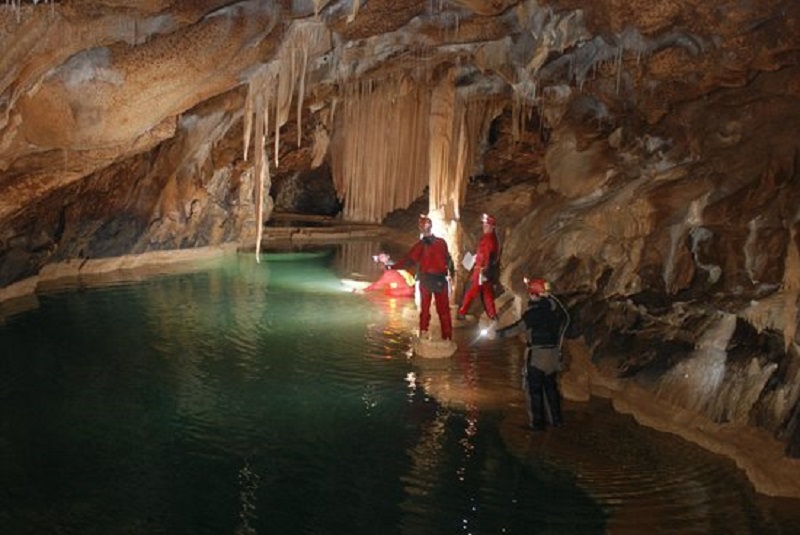 The Cerovac Caves, a complex of three caves with a total of four kilometres of explored canals, whose small part has been adapted for tourist visits.
The Lukina Jama cave in the Northern Velebit National Park is over 1.4 kilometres deep and is the deepest cave in Croatia and the fourteenth deepest cave in the world.
The river Gacka is ideal for water sports and it presents another challenge for guests planning an  active vacation.

Exploring the rich cultural heritage and natural beauty of Lika and Velebit; visiting the bear shelter in Kuterevo; Beautiful place and more beautiful animals … bears are wonderful … if you are passing throug definitely stop and visit. You can help the volunteers to make life easier for these wonderful animals. There are some 800-1000 brown bears left in Croatia.
Typical Lika town is Gospić, the centre of this region, Gospić is located near the Lika River in the middle of a karst field “The Town of Gospić is a destination of characteristic culture, a pure and preserved environment and passion. The people and culture of Gospić, on the international scene, are recognised by their art and food, are proud of their Lika way of life. 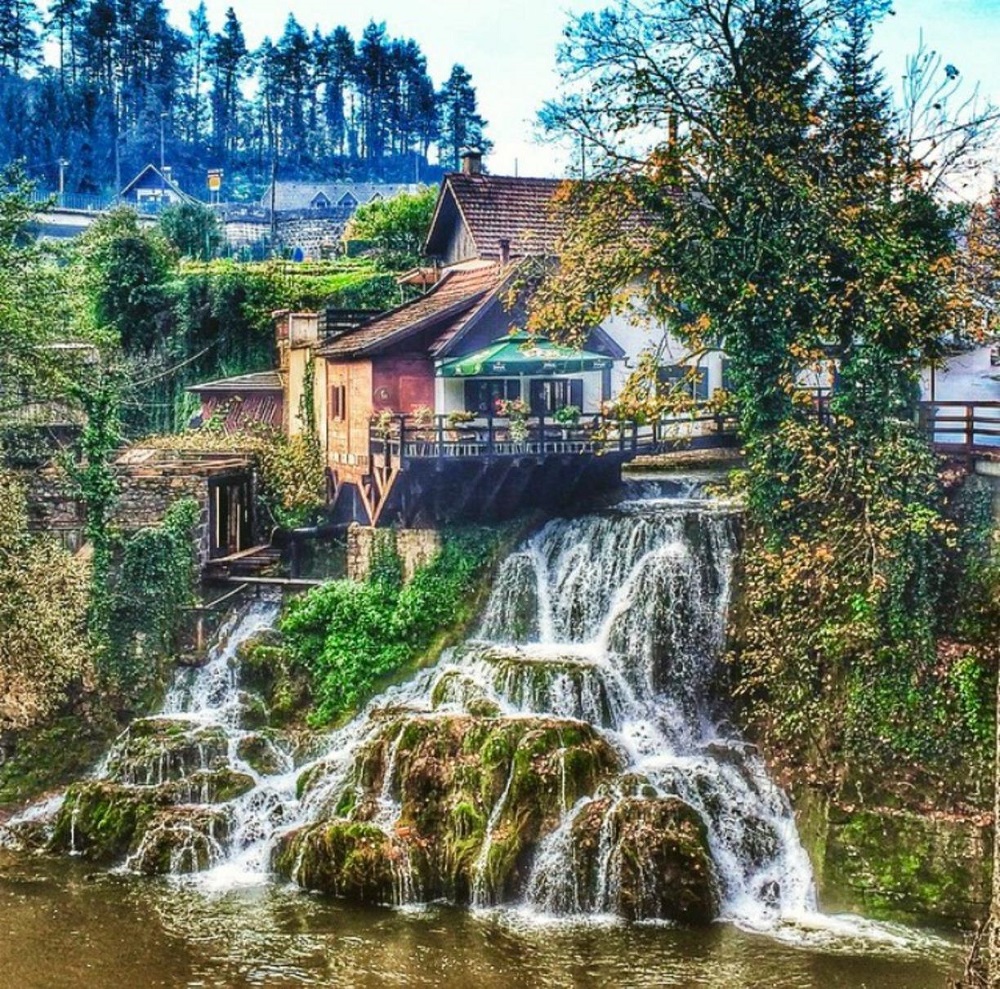 In the mysterious town of Ogulin, there are numerous legends and folktales. The town situated at the foot of Klek mountain and For example, in the city center, you will find the Đula’s slope, named after the legend of a young girl Đula who thrown herself into it because of unhappy love. The Frankopan castle built in the 16th century also has its interesting legends.

All of you know who is the great world inventor Nikola Tesla. Nikola Tesla’s birthplace is in Lika , in the small village of Smiljan. The modernly arranged Memorial Centre and museum is set in his home, and the nearby theme park displays his scientific path. With modern technology, visitors can travel through Tesla’s life and through the time he lived. Also, more than 900 Tesla’s patents are shown in an interesting way. 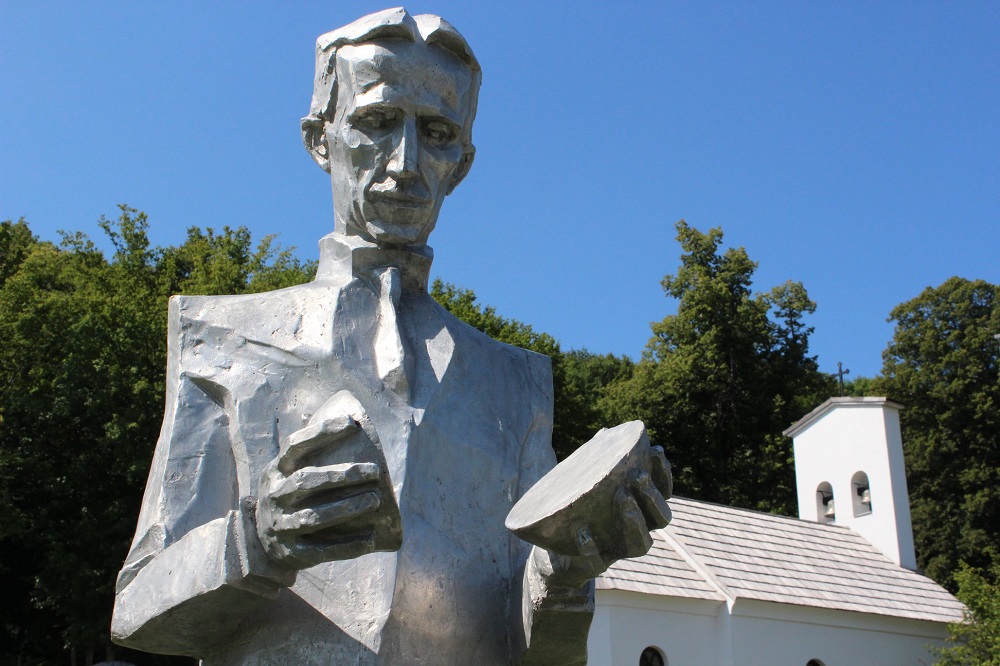 All of us should be happy to visit a birthplace of genius Nikola Tesla. The museum will give you a story about Tesla’s birth, life and ideas. You can find some of his inventions, some of them still in action and it is very impressive. The greatest scientist who ever lived.
Definitely worth visiting. Thanks to Nikola Tesla for his inventions and contributions to science in industry, households and electrical machines all around the world.
Photos: Tourist offices, Visit Lika, City of Gospic, Nikola Tesla Memorial Centre, Public Service and Alan Čaplar