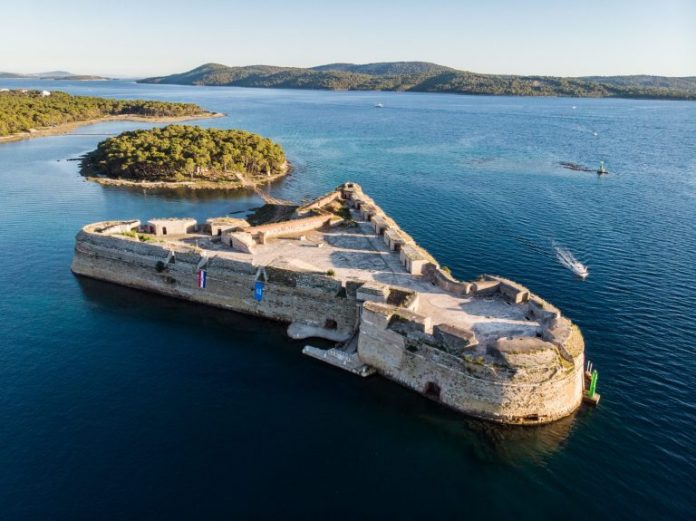 The soul of the Adriatic and the most senior indigenous Croatian city – a mixture of classical, urban and authentic, Dalmatian, old and yet hipster modern. Šibenik would be an ideal mecca for digital nomads or young families who want to settle somewhere where they have peace but also local attractions.
Šibenik is a tourist pearl with a wealth of history being as it is the oldest Croatian city on the Adriatic and was created as a city at the foothills of the fortress of Saint Mihovila. The first mention of the Saint dates from the 11th century. On 28 August 1895 it became the first city in the world with electric public lighting. Šibenik has no less than 24 churches, 6 monasteries, 2851 pillars in the old town and is the hometown of many talented greats; Petar Krešimir IV, Juraj Dalmatinac, Nikola Firentinac, Faust Vrančić, Arsen Dedić, Vice Vukov, Mišo Kovač, Ivo and Vinko Brešan, Dražen Petrović, Špiro Guberina to name but a few.. 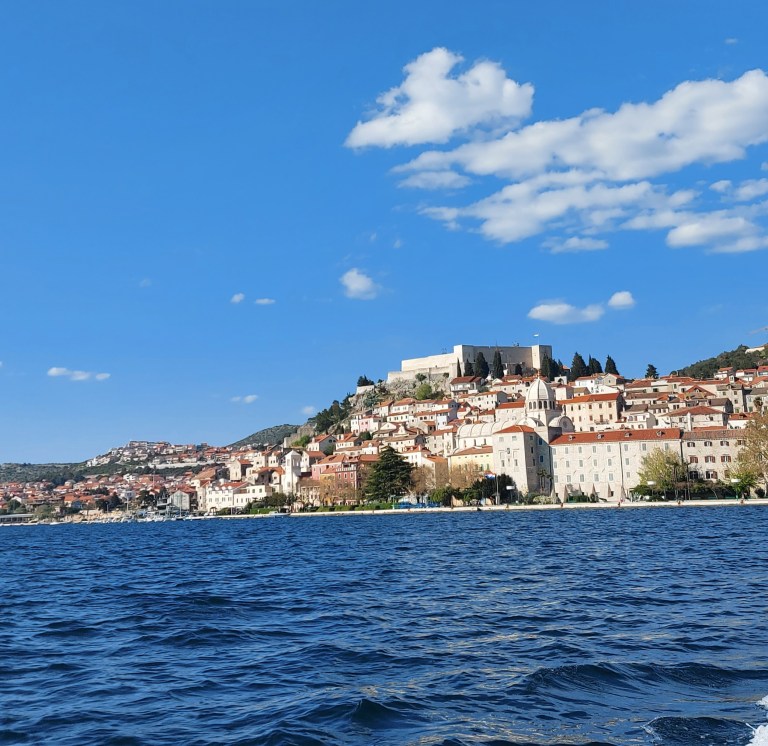 Narrow streets, Dalmatian flair, nothing intrusive and yet so magnificent in its view from the sea, Šibenik, a Croatian city through and through, has been waking from its slumber and developing its potential over the last decade. Examples of this awakening of Šibenik, is this tasteful modern colourful design of the city map in the centre of the city. 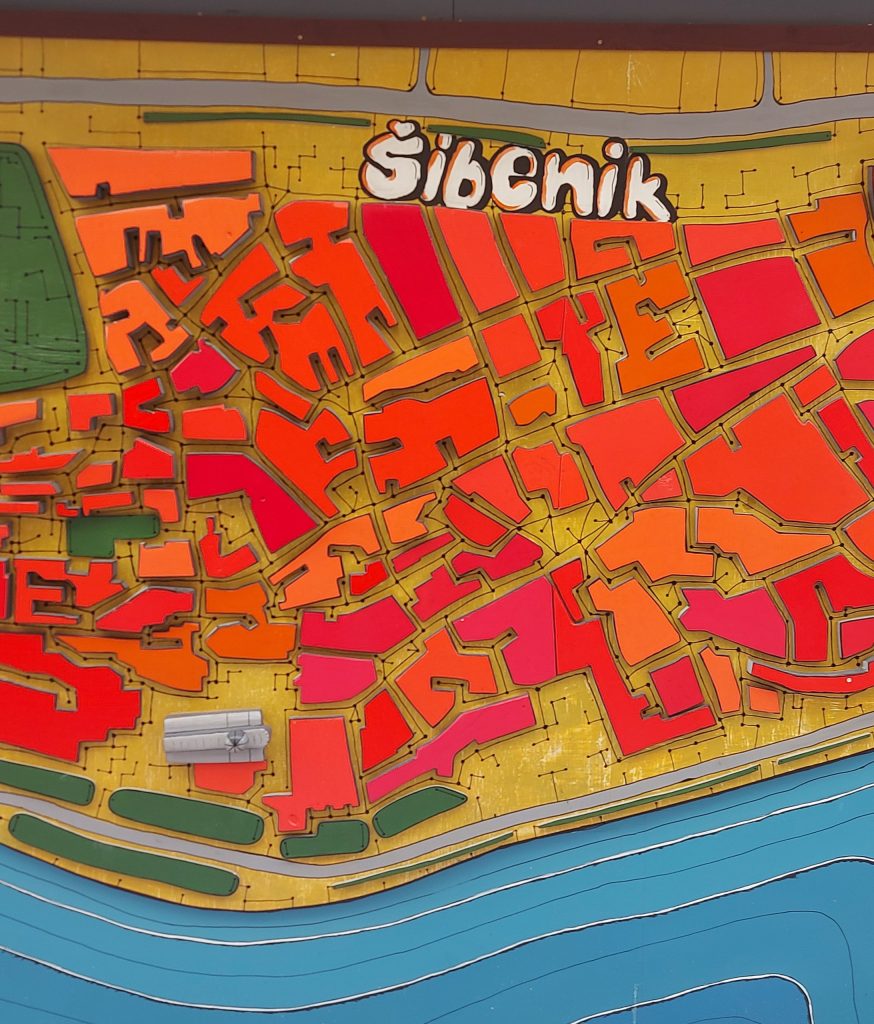 As the city’s surrounding shops and restaurants hum with activity, the charming cat Ulrich knows to feast at the best restaurants in Šibenik, beautiful walks along the historic walls await and many stories from the ancient past resonate in every stone and antiquity of the city. 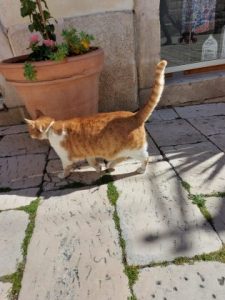 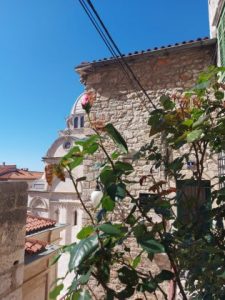 Tip: Do not run after Šibenik’s cats and kittens, nor try to catch a good shot. They are dignified and do not trouble tourists, nor do they seek to play with plush toys. In fact, they look at you in style pouring out…..
Šibenik with its cathedral and fortresses, with the Interpretation Center of the Cathedral of St. Jakov Civitas Sacra, and the numerous buildings in which the stone tells stories worthy of film franchises, offers something for every visitor who wants to discover more about the city’s past.
And the past has given Šibenik an incredible legacy. Its first mention dates back to 1066, the battle of Hastings does not monopolise that famous year. In the city’s unique system of fortifications and walls built with the aim of protection from numerous enemies in these uncertain times, the Cathedral of St. James stands out. 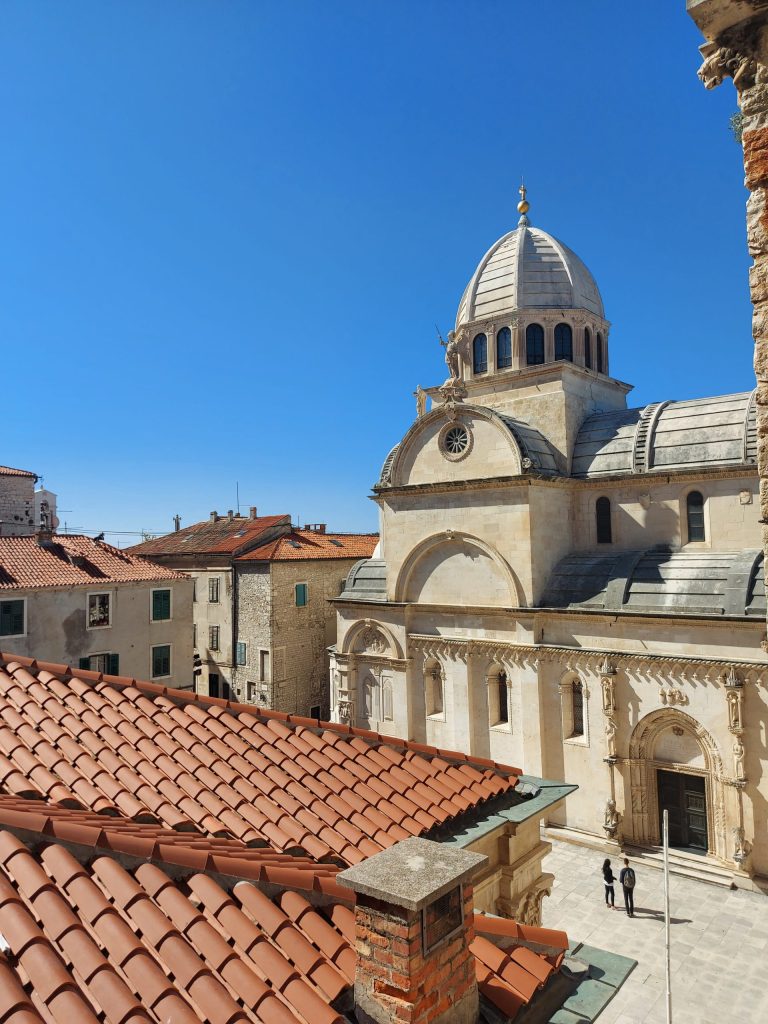 This unique Renaissance miracle of Juraj Dalmatinac, built in the 15th and 16th centuries, has been on the UNESCO list of protected cultural heritage sites since 2000. In 2017, the Cathedral was joined by the Fortress of St. Nikola, in so doing the city of Šibenik became one of the few cities in the world that has two monuments under the protection of UNESCO.
Today we will visit this famous Šibenik fortress from the sea, take a peek at Šibenik’s Pjat, treat ourselves to cakes from the divine confectionery Yum, raise the lid of a pot to reveal the octopus under it, and tell the story of the city that defeated the plague, conquered aspiring conquerors and recommend the ancient attractions whose splendour does not fade. We also meet as the great guides of the city who pass of their love of it nurtured from the heart and soul to their visitors.
Guardian of history – the lighthouse of the future, the Fortress of St. Nicholas 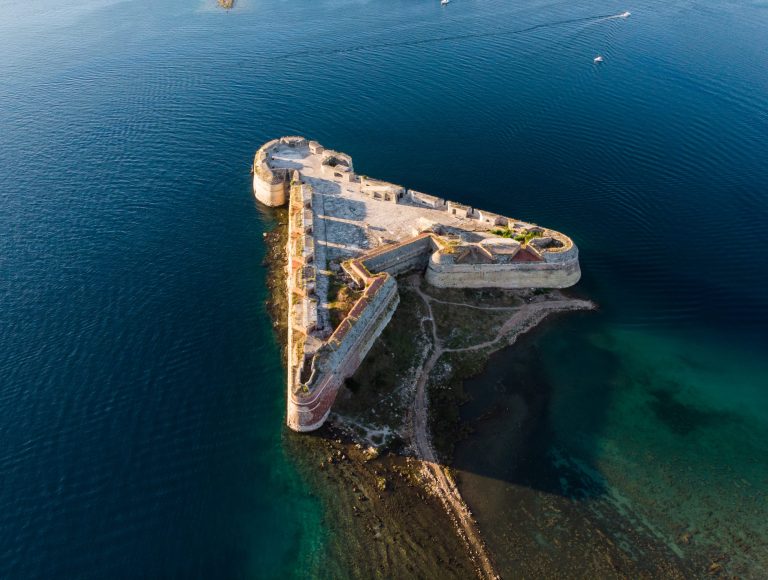 Be sure to plan a visit to Šibenik through a via its fortress. To get to it, you need to drive the only natural sea route to Šibenik – the canal of St. Anthony, named after St. Anti the Abbot, it is about 2500 meters long.
Thanks to the interpreters, our dear guides, tourist workers Sabina Lasan and Milka Antić Krstić from the Public Institution of Nature of Šibenik-Knin County, you can visit the fortress in an hour, find out the fascinating details about the construction of this complex military defence complex, the canal and church of St. Anthony, the sea tunnel nicknamed ‘Hitler’s Eyes’, and the former barracks that became the set for the filming of ‘How the War Began on My Island’. Then the fortress itself which was built on the island of Ljuljevac. 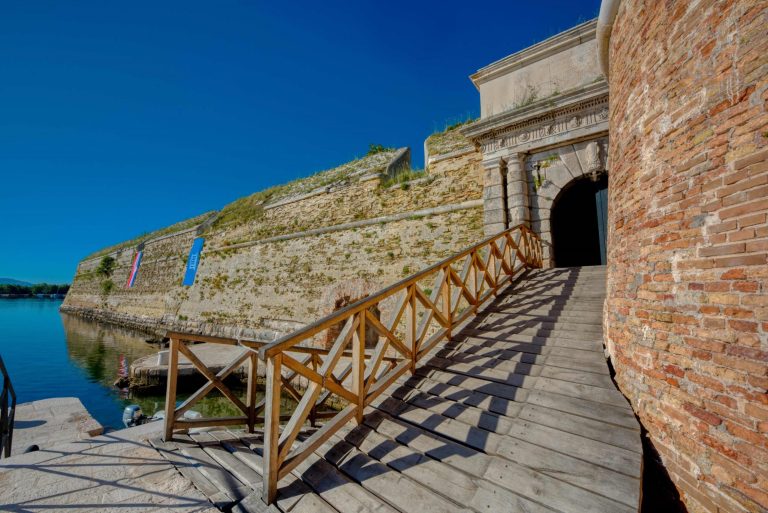 Before the fortress, there was a Benedictine monastery of St. Nicholas on Ljuljevac. The monastery is mentioned as early as the 11th century, but by the 15th century it was dilapidated and abandoned. It was demolished for the purpose of building the fortress. The monastery church was also demolished. In honour of Nicholas the patron saint, a chapel was erected on the northwestern part of the terrace of the fortress. Unfortunately, there are no material traces of the former monastery and church today. In the sixteenth century, the Ottomans conquered the entire hinterland of Dalmatian towns and threatened coastal towns in seeking access to the open sea. 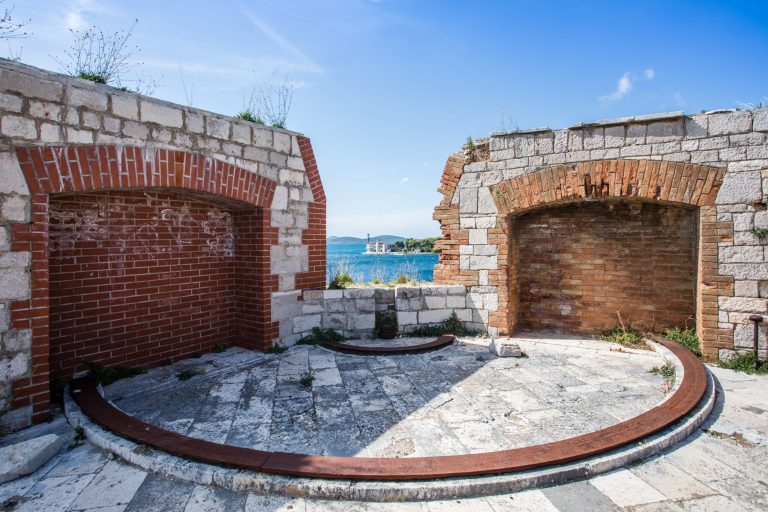 The Venetian Republic decided to build a powerful fortress at the entrance to the Canal of St. Anthony, as an ideal solution to defending the city, believing that those who hold Šibenik also hold the eastern Adriatic. In 1540, the Venetian architect Gian Girolamo Sanmichelli designed the fortress, which in 1544 received its first crew and castellan.

The construction of the fortress was very expensive, costing about 40,000 ducats. For comparison, the Hungarian King Ladislav of Naples sold the whole of Dalmatia to Venice for 100,000 ducats. 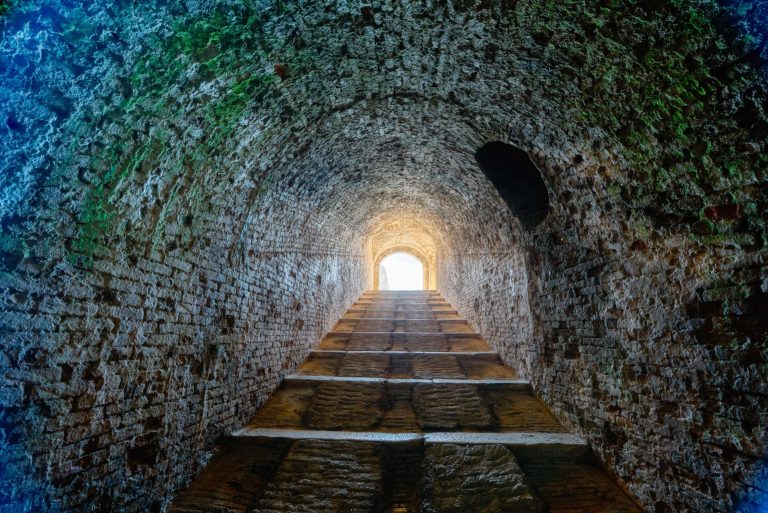 Thanks to its impressive and terrifying appearance, Šibenik was never attacked from the sea. Crews of enemy ships would retreat as soon as they saw her. Therefore, no significant naval battles have been recorded in this locality. In 2017, as part of the nomination “Defence Systems of the Republic of Venice from the 15th to the 17th century”, the Fortress of St. Nikola is inscribed on the UNESCO World Heritage List, along with fortifications from Zadar, Kotor, Bergamo, Peschiera del Garda and Palmanova.

Visit it all year round, delight the family and the youngest because the multimedia guides on tablets will grip them as they tell through a digital display the story of the opportunities and hardships of life in the fortress. 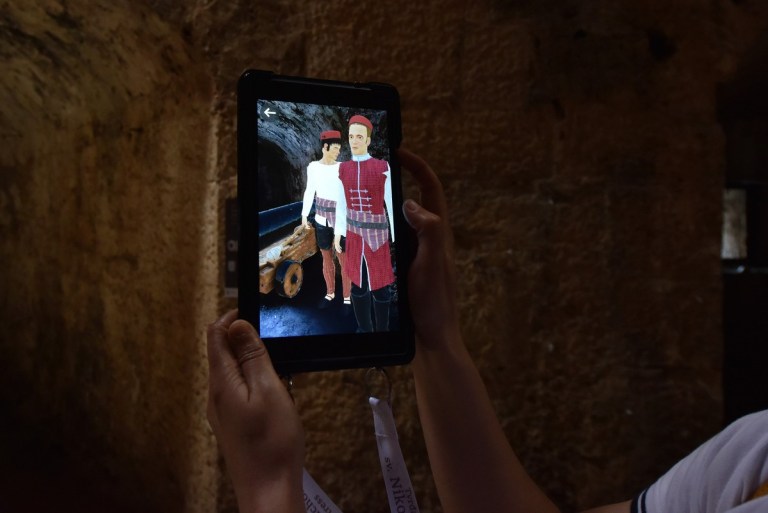 The ideal time to visit this Šibenik beauty is throughout the season. You can buy tickets for 95 uKna online. This price is valid during the tour in May, June, September and October and through July and August it is 130 Kuna. Included is a boat ride with companions and multimedia guides on tablets that provide location information at specific points in eight languages. The youngsters will be very grateful for the experience of boating, the sightseeing of the surrounding attractions and the multimedia experience at the Fortress. 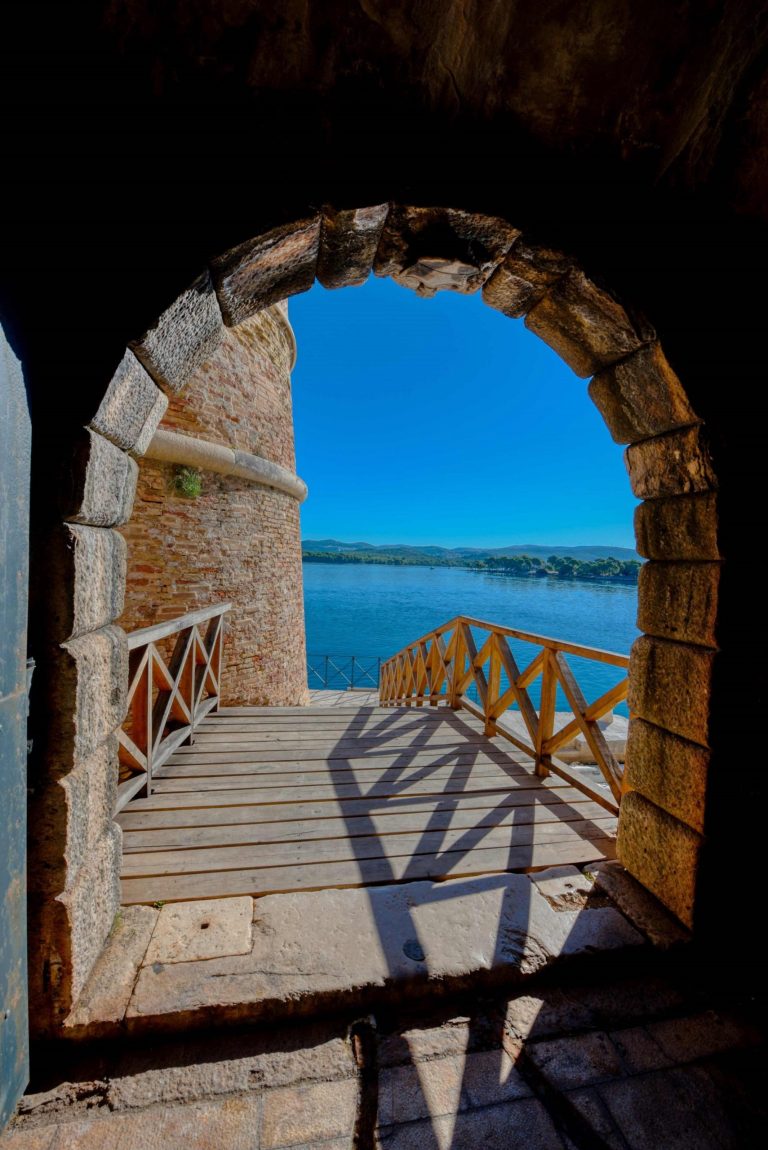 The so-called two-hole trench, built for the needs of warships, is located on the left side of the canal approach. Beneath the hill, warships were serviced and hidden from the enemy. Such ventures were started by the Germans in the Second World War during the great Allied bombing, thus the people of Šibenik calling it “Hitler’s eyes” because of its sinister appearance.

Cave / Church of St. Ante
The church of St. Anthony was built inside a natural 15-metre long cave. The church-cave was reached by sea. Below it is a small pier and access stairs. It is not known for sure when the church was constructed in the cave. The oldest record of it dates from the early 15th century, but it is quite possible that the church existed here before. Parts of the altar and other finds from the Middle Ages, Renaissance and Baroque were found in it. Hermits have lived next to the church in history – hermits. That is why the church is dedicated to Saint Anti the Abbot – a hermit from Egypt. The whole canal was named after the church of St. Anthony. In the 20th century, the church was devastated. It lost its sacral function and became a cannon nest. Its restoration is planned soon.

Gastronomy – cakes as works of art, octopus under the lid, coffee in the fragrant monastery garden and other delicacies of the city

If you want to get to know the city, hire an excellent guide such as Tina Biluš who will provide an example of guiding you across the city through storytelling during a three-hour walk. Be sure to take a break in the Yum patisserie and have the most beautiful coffee in the monastery garden of St. Lawrence. 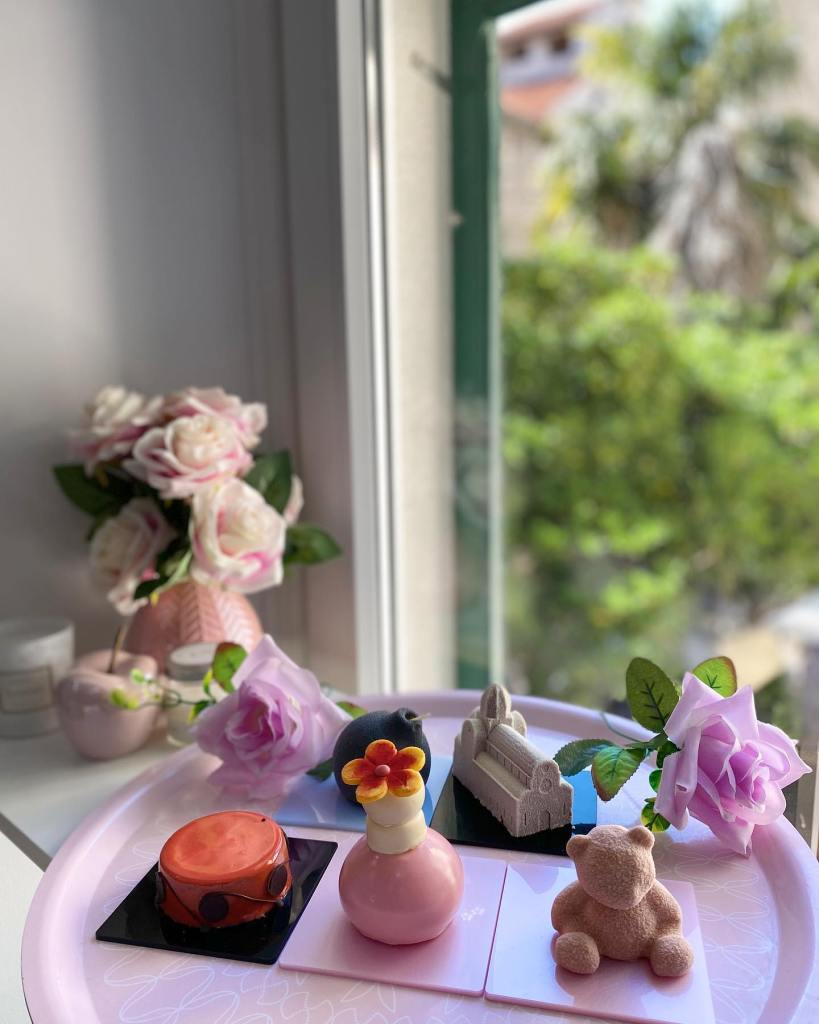 Confectionery Yum is a crazy blend of modernity intertwined with a touch of vintage visual style, a blend of tradition and modern Yum owned recipes. The cakes are a masterpiece of design, tradition, sweet architecture that you regret destroying with something as trivial as eating, nonetheless, later you watch as you destroy another piece.
For lunch, stop by for lunch at the Bronzin restaurant, where we recommend a fine octopus under the lid and excellent cake. Its right on the waterfront, enjoying the spectacular sea view. 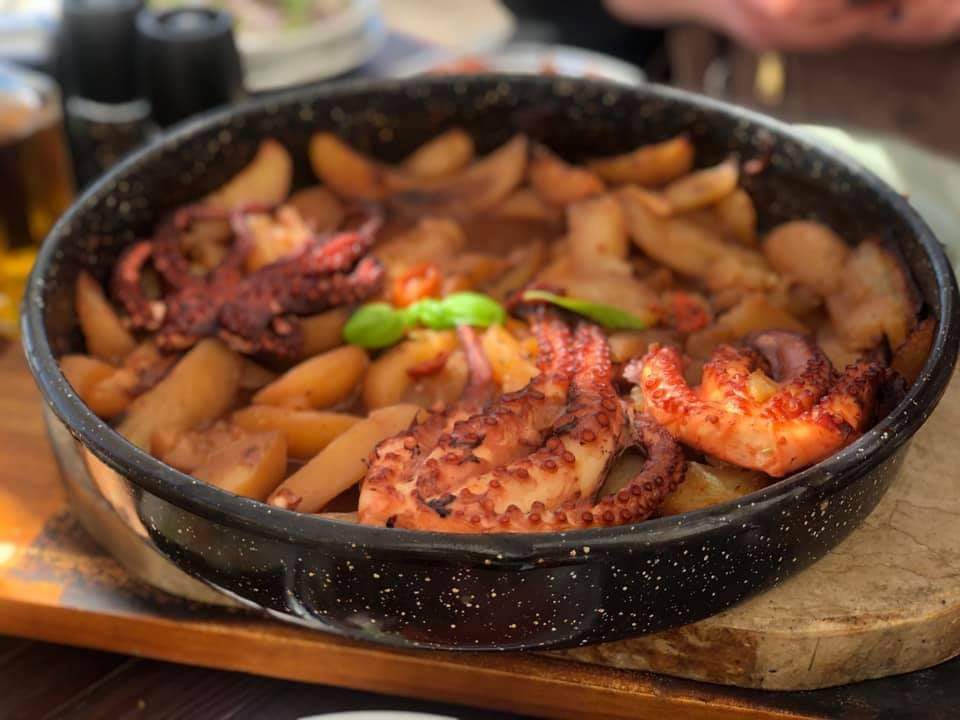 You can dine at the Pjat restaurant, a modern restaurant also in the centre of the city, where the modern meets the old, through the motto of the owner; from the field to the table, since most foods are home grown, with an emphasis on their own vegetables. 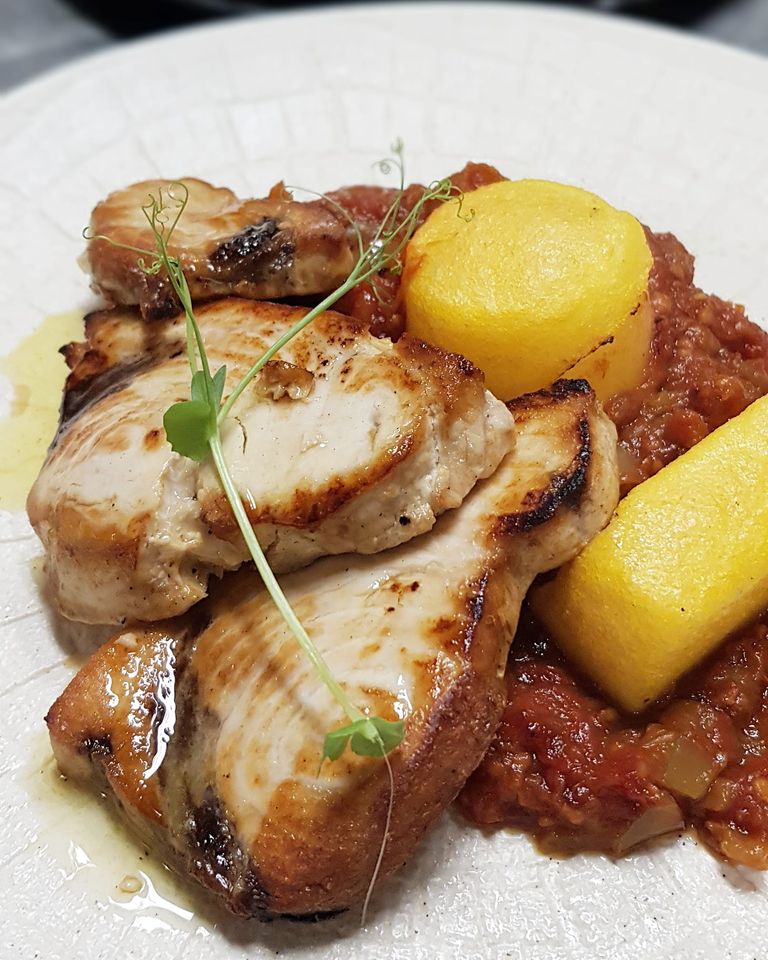 A beach 3 minutes from the city centre? In Sibenik. Just a few minutes pleasant walk from the old town there is the city beach which is very photogenic and quite romantic. Where can you catch scenes of the city from the beach? Kisses on this beach are definitely apparently special!

The beach was renovated in 2012 and is solidly equipped with many facilities for children and adults and has a comfortable lounge cafe. In the evening, it is certainly perfect to sit with a cocktail by the sea, with the view of night Šibenik. From the beach there is an attractive view of the old town, the Cathedral of St. James, the Fortress of St. Michael and the Canal of St. Anthony. Banj Beach won the award for the best beach in Croatia in 2016.
Visit it at any time of the year, but in the spring it is especially charming.