30 days after earthquake in Zagreb and its surrounding

One month ago from today, after 6 am local time on Sunday Zagreb- Croatian capital city and its surrounding was struck by its biggest earthquake in 140 years ( in 1880), causing widespread damage, including to the city’s cathedral, and the evacuation of hospitals. A 15-year-old was died, and 26 others were injured as a result of the quake. 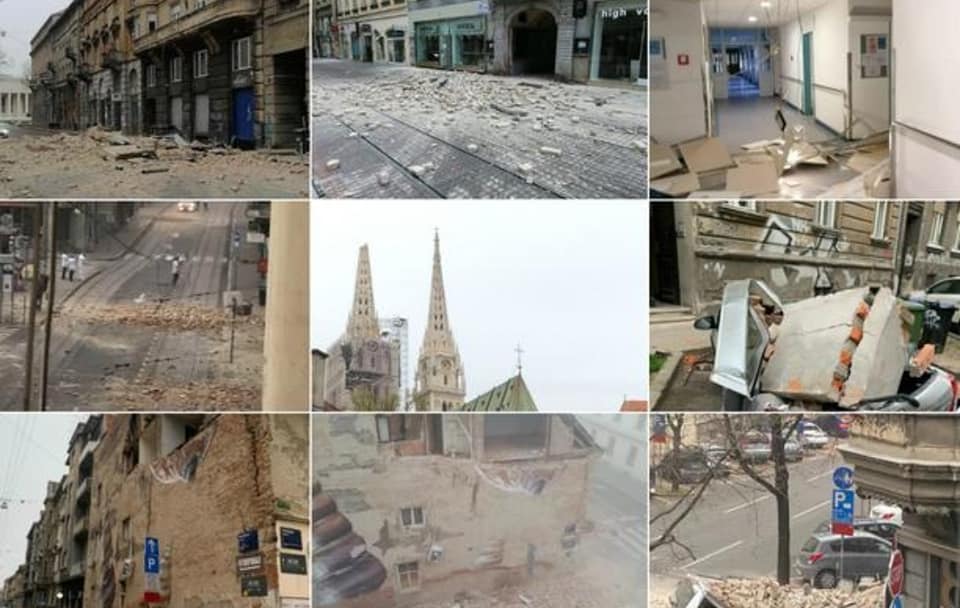 City was fighting two enemies, two parallel crises that contradict each other, All of us remember mothers dressed in nightgowns hugging their newborn babies in a car park in freezing temperatures after a damaged maternity hospital was evacuated. The women and children were moved along with incubators to a new location with the help of the army,health workers, volunteers and foofball fun clubs.
Many cultural institutions, and private buildings cracked and walls and rooftops including educational facilities, museums sustained significant damage and the famed Zagreb Cathedral, city’s most famous landmark site–with the top of one of its two spires collapsing.

Zagreb Cathedral’s two 350-foot-tall spires make it the tallest building in the city. On Sunday, however, the top of the southern tower came crashing down, striking the Archbishop’s Palace on its way. The base of the Roman Catholic cathedral dates back to the 11th century, when the Diocese of Zagreb was established. Construction probably began around 1100 and was completed by the year 1217. In 1242, Mongols invaded the city and heavily damaged the cathedral, which later underwent major reconstruction. During the 16th century, the city fortified the cathedral with walls and towers; by the 17th century, its square renaissance bell tower was complete. After a major earthquake struck in 1880, the cathedral was completely rebuilt. The Zagreb Cathedral (Croatia) rebuilding in the Neo-Gothic style was led by Hermann Bollé. Workers finished reconstructing the Neo-Gothic structure, including its iconic pair of gold-topped spires, in 1906. 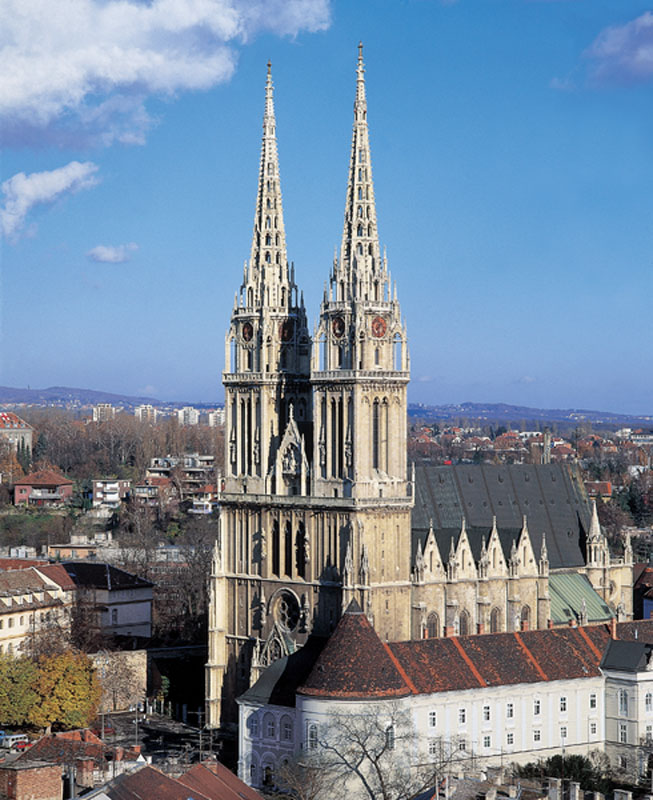 After 140 years, in another earthquake demaged its iconic pair of spires on 22nd of March 2020. The architect, Hermann Bollé, whose 94th death anniversary is marked on April 17th, precisely the day when one of his spires was carefully taken down for repairs,
A part of the north spire of Zagreb’s historic cathedral, 13.5 metres tall and weighing some 30 tonnes, was removed,by structural engineers decision. The top of the damaged northern spire was removed to prevent it from collapsing and causing damage to the cathedral and the area around it. After the tower was separated, a massive crane lowered it to the ground. . The part was removed following a controlled explosion at around 6 pm.After repairs, the tip of the spire will be returned to the northern tower.

Thanks to multifaceted Croatian Army -Climbers, Croatian Army Engineering Unit, led by Lieutenant Colonel Miroslav Car, Military Intelligence, led by the Commander-Major Mario Maslov, supported by a group of cathedral restoration experts leaded by mons. Ivan Hren who participated in this historic endeavour, It was a special historic and emotional day of all of us.