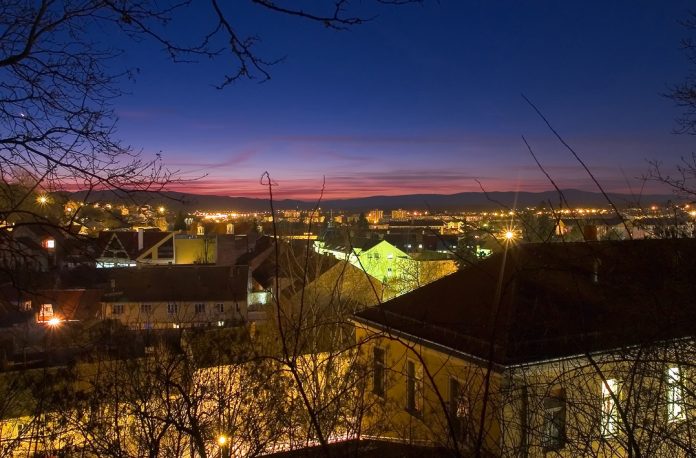 Medieval Gothic Church not far from Toranj village near Pakrac is a Croatian culture momument of highest category. Unknown is the fact to whom was it dedicated to yet, it carries the title of saint Panteleimon since the Turkish invasion of these parts. This tower church belongs to central type of buildings.

Church of the Holy Spirit

According to so far investigated historical data, the Franciscans’ church of the Holy Spirit is the oldest preserved church in Požega. Franciscans have been noted in Požega since 1260 and it is assumed that the church with the convent was built during the reign of King Ladislav IV., around 1285. Upon the arrival and taking over of Požega by the Turks in 1537, the convent was battered down, and the church turned into a mosque called “Šerklot”. During the diggings in 1995, a richly decorated Romanesque portal from the 13th century was found in the north part of the church. Next to the portals of Zadar’s Cathedral and Trogir’s Cathedral, the portal of the Holy Spirit church is one of the biggest Romanesque portals from the 13th century in Croatia. Fra Luka Ibrišimović, the famous “Hawk” – liberator of Požega, and this part of Slavonia, the exalter of Turks, also found his final resting place here. Inside the convent there is a rich library who is of null category and among the most valuable ones in Croatia. It contains around 15 000 volumes with incunabulum from the 16th century.

Pottery and tools found at the site indicate that around 6 thousand years BC this was a location of a large settlement of first agriculture settlers. On the same site we can find ceramics dating from copper culture dating to 4 thousand years BC as well as 16th or 15th century BC bronce age dishes which present a rare situation in Croatia.During older iron age at Kaptol you could find one of the most important knight centers in Europe. The best witnesses about extraordinary position of that center in between of great European civilisations are series of graves. Also we can find rich remains of warriors equipment. Even today, graves and ceramics remains, which are several thousand years old, are still visible.

Building leaned on the church of St. Lawrence is a Jesuit college built from year 1709 to 1711 as a single story baroque building. Over time, the building has been used as military warehouse, inn, hospital and in the end merchant warehouse. Building was purchased by bishop Aleksander Alagović in 1835 who renewed it and rebuilt a second floor to it. On top of this he founded Archdiocesan orphanage. Today, it is the residence of Diocese of Požega..

The Church of St Theresa was built by Bishop of Zagreb, Franjo Thauszy, with his own funds. The permission to build this church was given by Empress Mary Theresa on 11th July 1754. The ground stone was set on 28th June 1756. It took seven years to build the church, and it was consecrated on 24th July 1763 by the aforementioned Bishop Thauszy. The insides of the Cathedral are decorated in the styles of the playful Baroque and Rococo. The church Organs were built in the factory of Josip Brandl in Maribor, and were put there in 1900, and renewed in 1966. Wall paintings painted in 1898 and 1899 by famous Croatian painters Celestin Medović and Oton Iveković, complete the beauty of the Church. “Art within the word and painting in the Austrian-Hungarian Monarchy” was published in Vienna in 1902. There is a special chapter written by Kršnjavi, where he pointed out the exceptionality of this church in Požega.