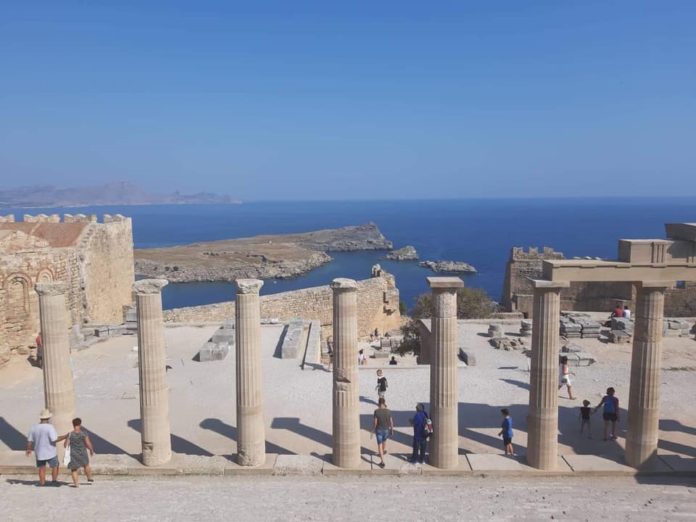 According to Greek Mythology, Rhodes ( OR Rodos in Greek) emerged from sea and was offered as a gift by Zeus to Helios, the god of light. Helios was so fascinated by the beauty of the island that flooded it with his rays.
Since then Rhodes has been Helios’ most radiant and bright island. Rhodes lies between Crete and the near East in the Aegean ocean as the biggest of the Dodecanese islands, in tourism with nick names sun island or island of light, so there are hardly any days when the sun doesn’t shine. 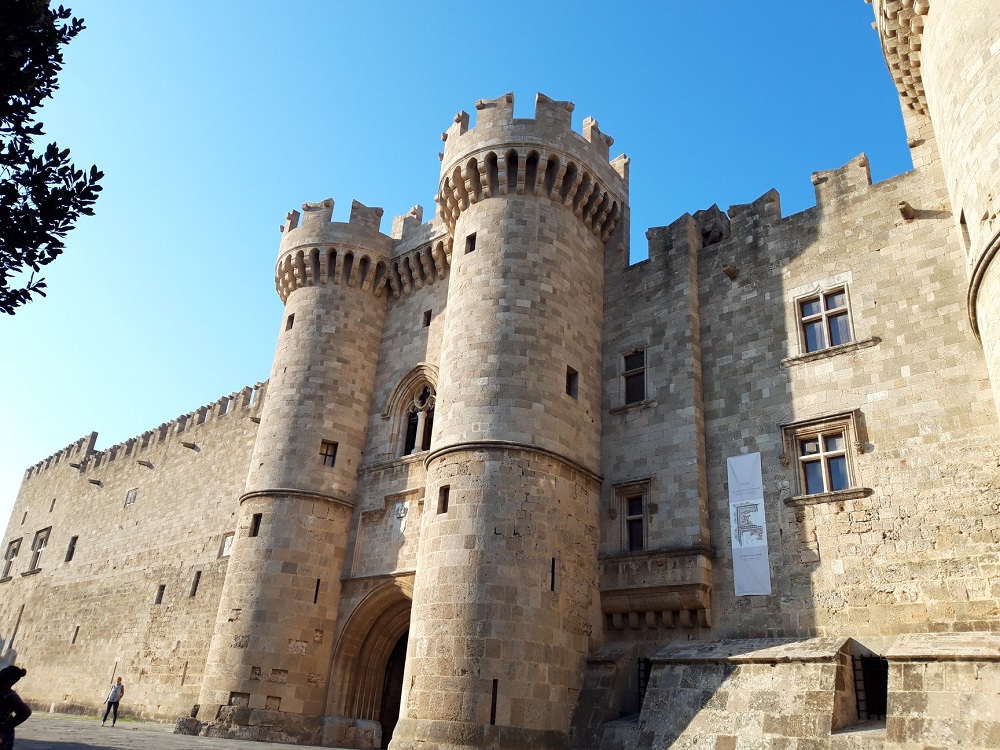 The Dodecanese (Dodekánisa), which means ‘ the Twelve Islands’ are a group of 12 larger plus 150 smaller Greek islands in the Aegean Sea, of which 26 are inhabited. The others- Kos (home of Hippocrates, the Father of Medicine) and Patmos are historically more important.
The history of Rhodes and Dodecanese Island Group was not light, was very turbulent. 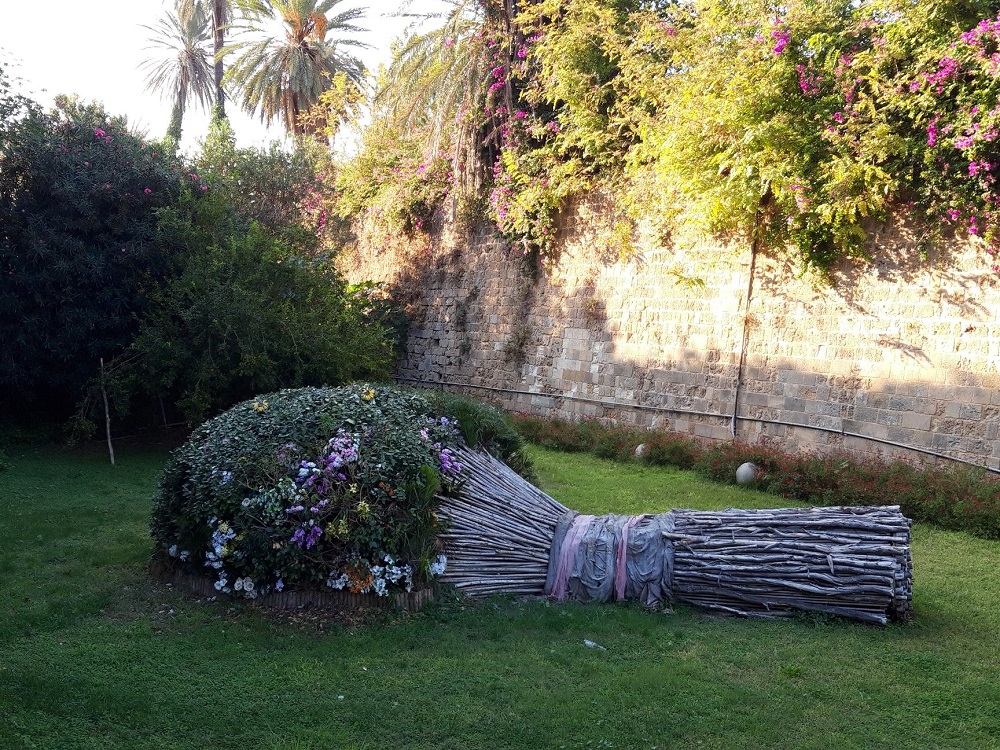 The turbulent history of Rhodes is due to the island’s important geographic position and is closely bound with sea. Rhodes has been inhabited since the Stone Age, while at the prehistoric era it was inhabited by Phoenicians, Cretans and Dorians, who established the three ancient and famous cities, namely Lindos, Kameiros and Ialisos.
The unification of the three cities in 408 B.C. and the establishment of the new city of Rhodes, according to the plans of the important city planner Hippodamus from Militus, contributed to the island’s development to an important political, commercial and cultural center. 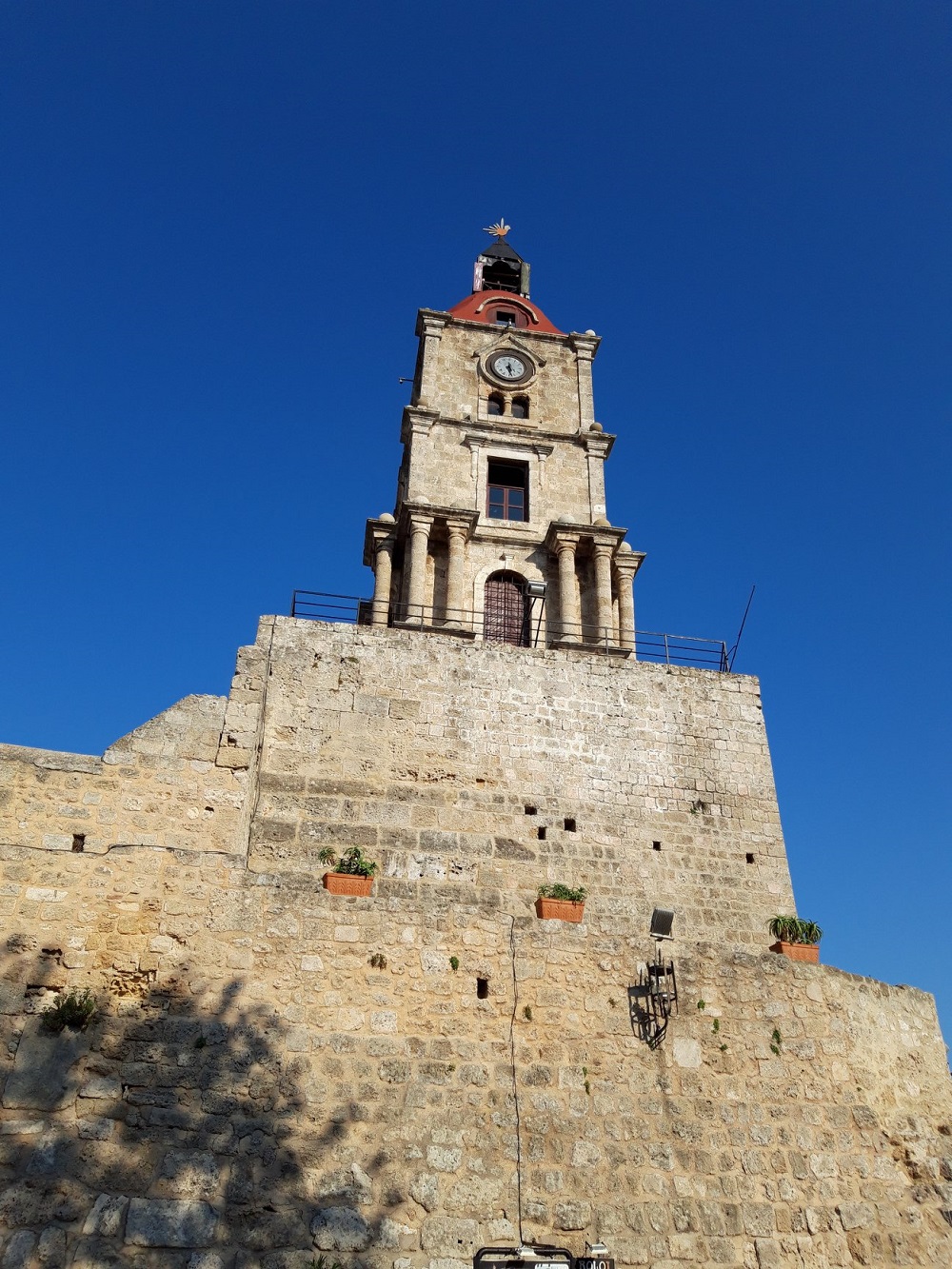 During the period the successors of Alexander the Great ruled, the city was besieged by Demetrius the Besieger (305 B.C.) who did not manage to conquer it. To commemorate their victory, the Rhodians sold the arms the besieger left behind and made Colossus, a huge statue of god Helios, one of the seven wonders of the ancient world. Colossus was constructed in 292 B.C. by Haris, a Lindian copper sculptor, and it is believed that it was placed at the entrance of the city harbor. The statue was broken down in 227 B.C. from an earthquake and was never constructed again. 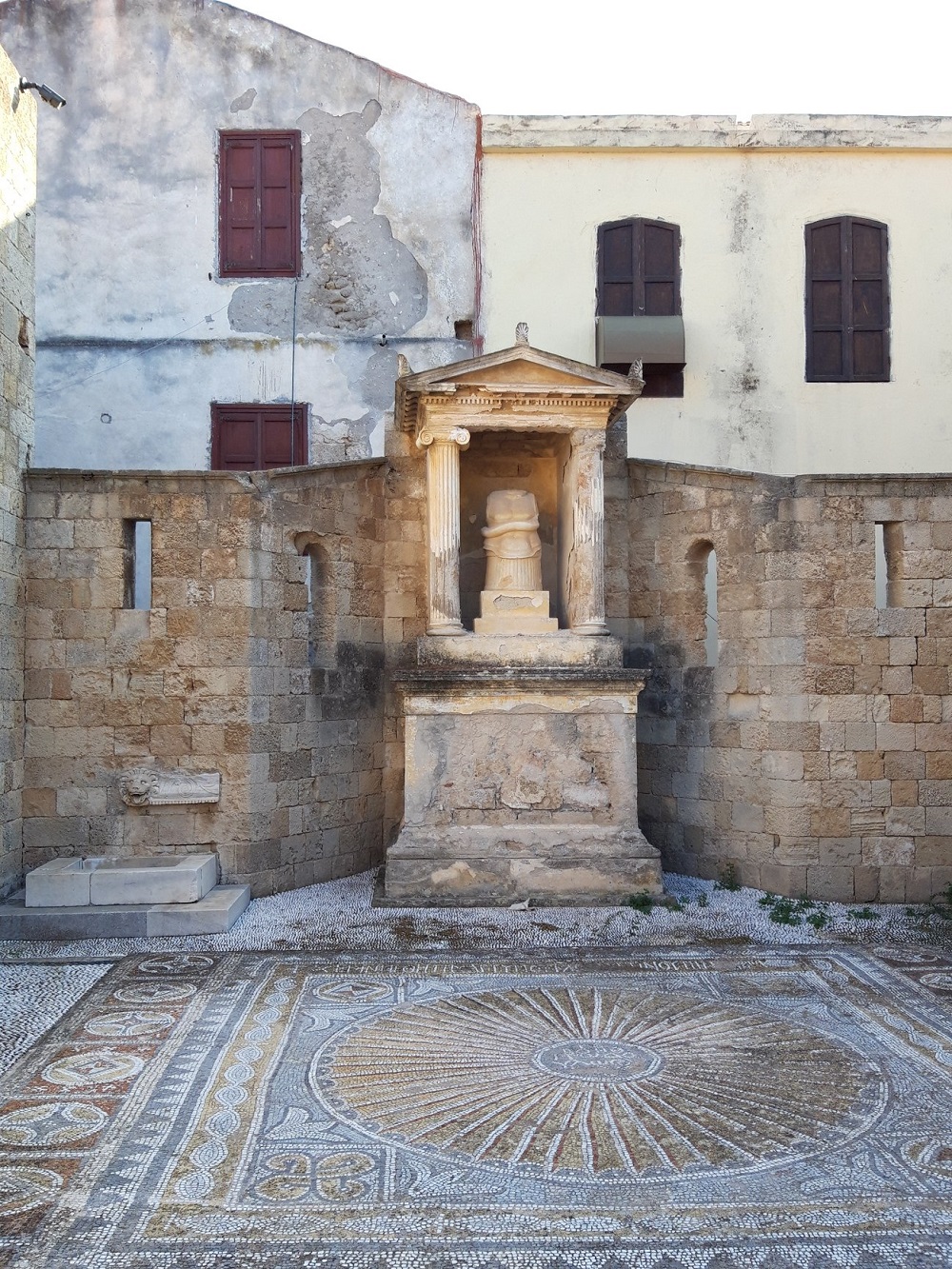 Rhodes then became an ally with the Romans. The island was conquered In 620 A.D. by the Persians, in 653 by the Saracens, in 807 by the Caliph of Baghdad and in 1097 by the Crusaders.
In 1309 the island, together with Leros and Cos, was sold to the Knights of Saint John of Jerusalem. The order of the Knights of Saint John were formed in the 11thth century and began as a religious order. Their primary objective was to look after the welfare of the wounded and ailing crusaders. The Knights of Saint John first came to Rhodes in the year 1309 and during their 200-year rule of the island, the Ottoman Turks made several valiant attempts to capture the island and with this, in mind, they soon got hold of a military order. 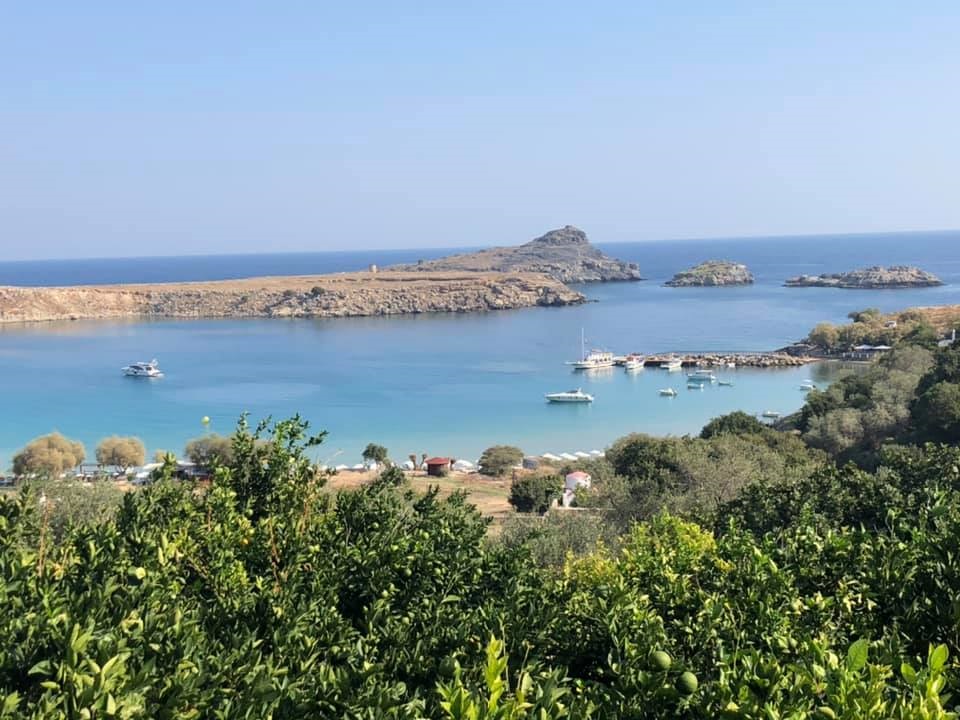 During the period of the Knights’ rule, Rhodes became a major military, financial and commercial power in the region. The Medieval Town was then renovated, and has been alive till today, together with all important castles, fortifications of the city as well as lots of monasteries and churches. 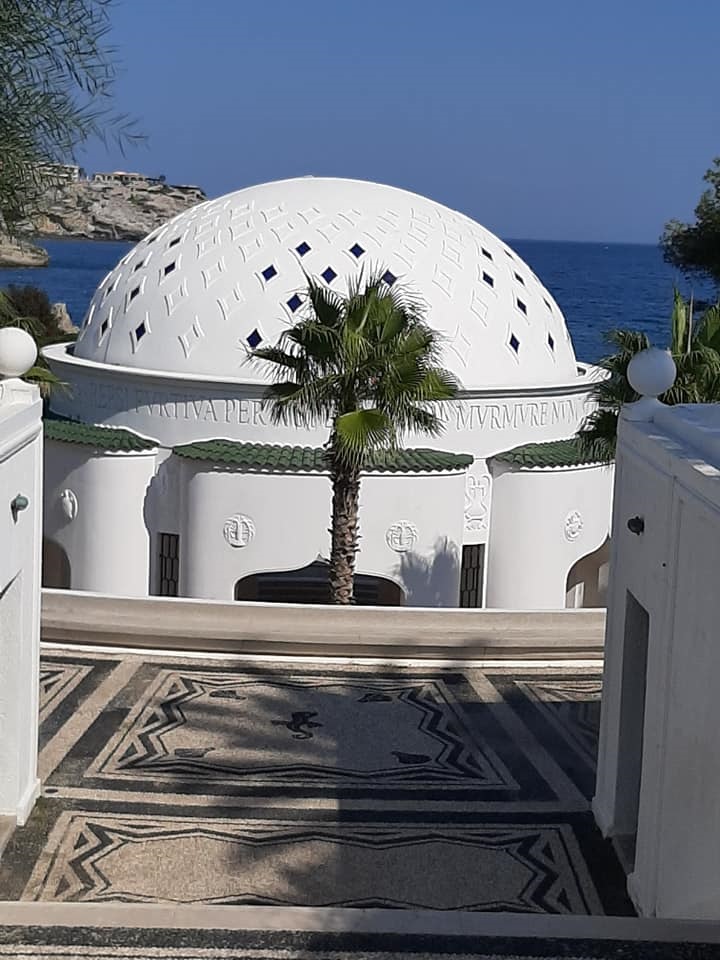 In 1522 Rhodes surrendered to the Sultan Suleiman the Magnificent, and for about four centuries (1522-1912) the island was under the Ottoman occupation. Ultimately the island of Rhodes was finally captured by the Turks in the year 1522 ( for about tour centuries 1512-1912), and The Knights of Rhodes were provided safe passage. It is worth mentioning that thousands of Rhodians also departed with them, who traveled onto Crete temporarily before being firmly entrenched in Malta. At present, the Saint John’s Ambulance Brigade is a carry-over of the order that has been pioneering its Christian tradition of compassion for the sick and the ailing around the world. 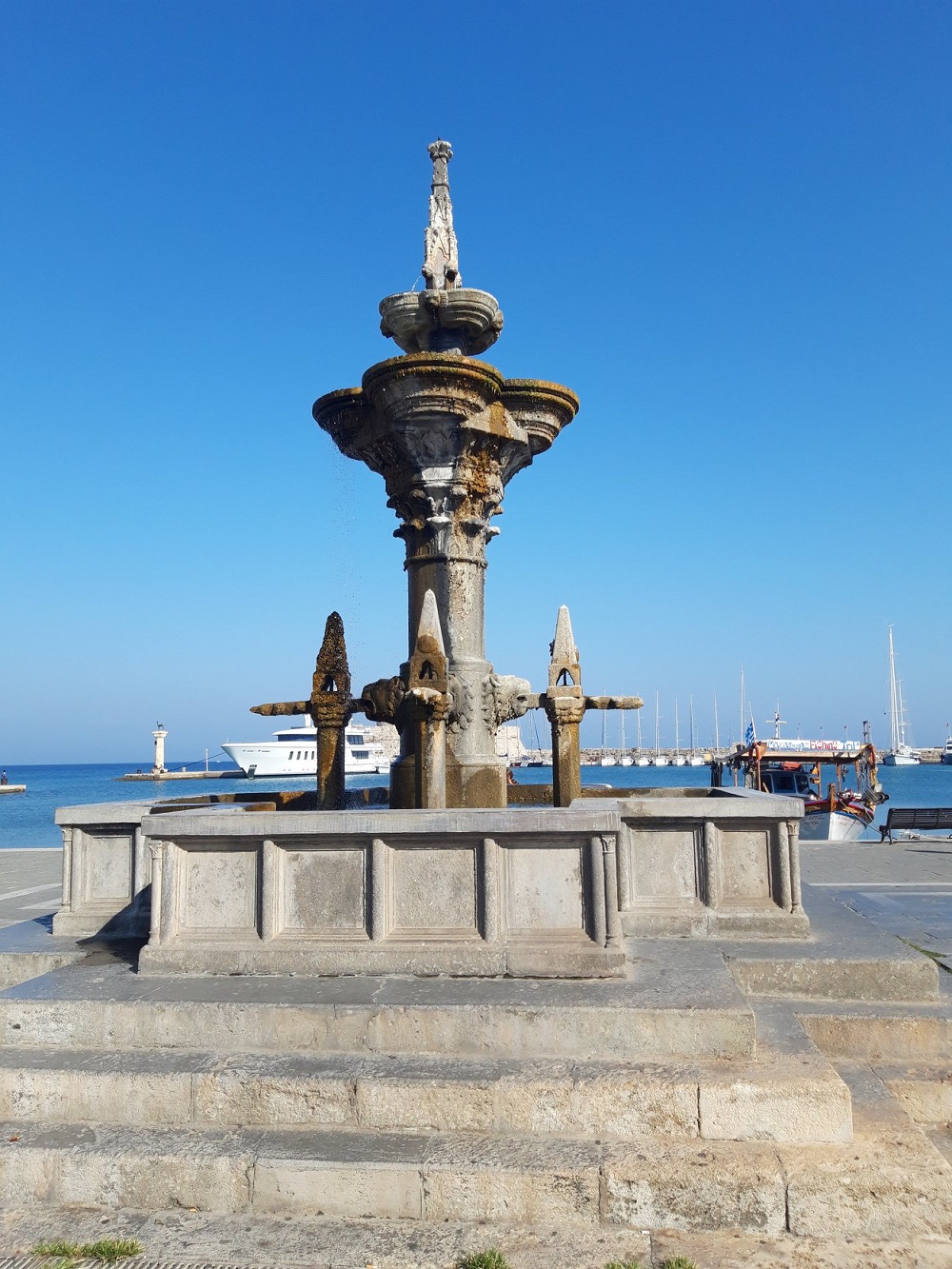 In 1912 the possession of Rhodes, together with the other islands of the Dodecanese, was transferred to the Italians. During the period of Italian occupation, the old town was renovated, while many important buildings were built in the new town, which are still used and add to the town’s splendor and magnificence. Finally, in March 1948, Rhodes, and the other islands of the Dodecanese, officially joined Greece. 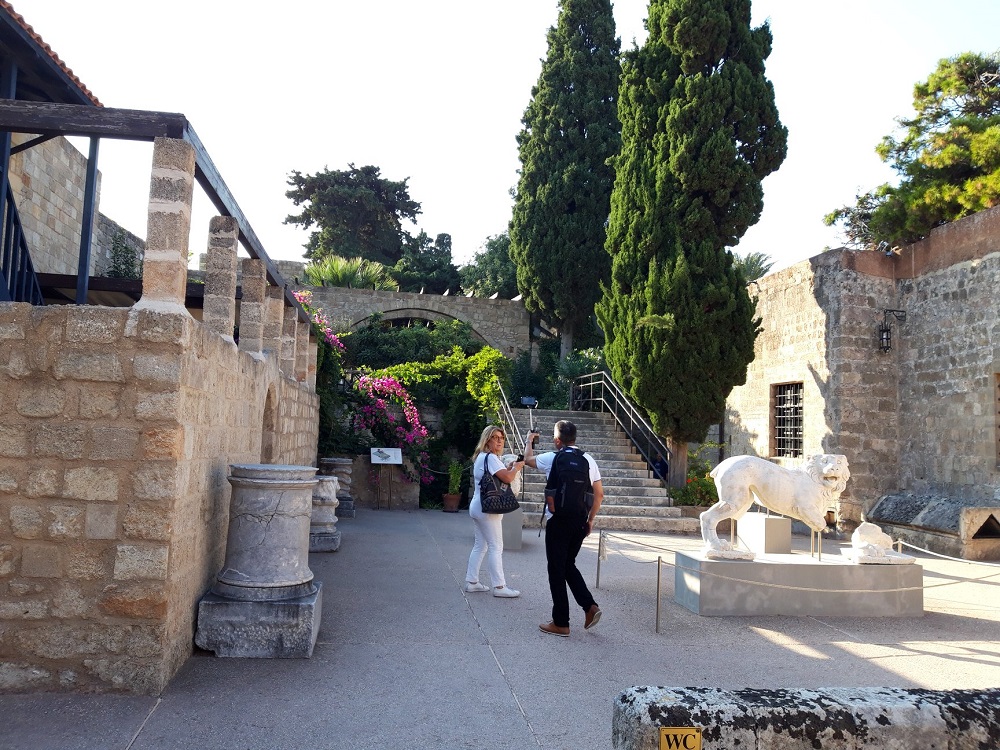 Today Rhodes is one of the most cosmopolitan islands worldwide and offers visitors an extensive collection of ancient monuments that tell a lot about the city’s and group of islands history and culture.

It is impossible to feel the weight of history when you arrive in Rhodes, plenty of historical sites intrigue and atract history lovers.