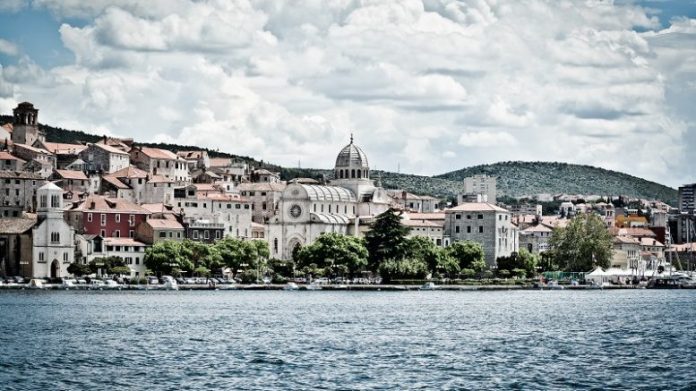 Amongst all Croatian towns on the Adriatic coast Šibenik is set apart by its unique location in a picturesque and open bay, at the mouth of the Krka River. Created initially as an ancient Croatian castrum, a fortification or encampment, at the bottom of St. Michael’s Fortress that still dominates the town, Šibenik was mentioned for the first time in 1066, in a document issued by the most important Croatian ruler – the king Petar Krešimir IV. Šibenik obtained the status of a native Croatian town in 1290, when the Diocese of Šibenik was established. 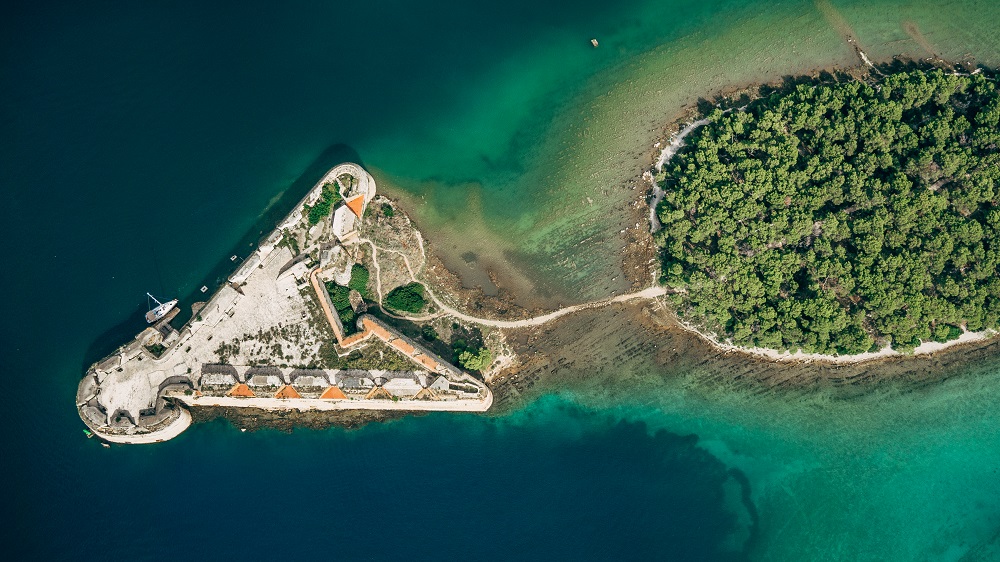 The view over Šibenik reveals the unique harmony of the urban poetics of the town and its natural surroundings. The harbor, which is connected to the open sea by the St. Anthony Strait, has been an initiator of marittime affairs development, trading and the overall economic prosperity of the town for centuries. At the entrance into the Strait is the fortress of St. Nicholas, the most important renaissance fortress on the eastern coast of the Adriatic. 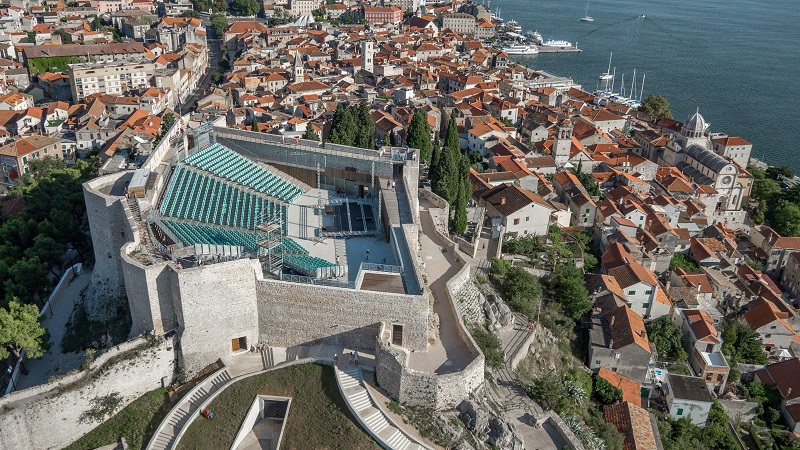 Together with the fortresses of St. Michael, St. John and Šubićevac surrounding the town, it is a symbol of the centuries old continuous resistence of Šibenik, as confirmed in the recent Croatian War of Independence. 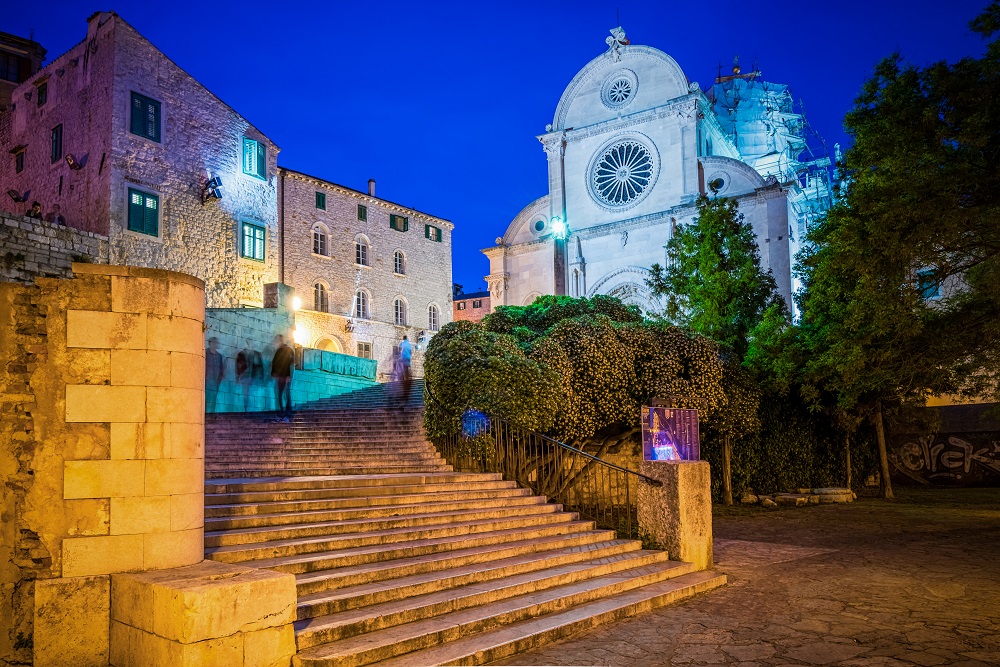 Šibenik’s St. James’ Cathedral, built over more than a century, is testimony to the persistency, sacrifice and belief of generations of Šibenik inhabitants. It is unique for many things not only as far as Croatian architecture is concerned, but European architecture too: it is built entirely of stone. It is also unique in its use of brave structures of stone slabs and ribs, built without using any binding materials; it is also set apart by its trefoil front façade amongst  renaissance churches; finally, it is unique in the harmony of its architecture and the series of 71 realistic sculptural portraits around the apses. 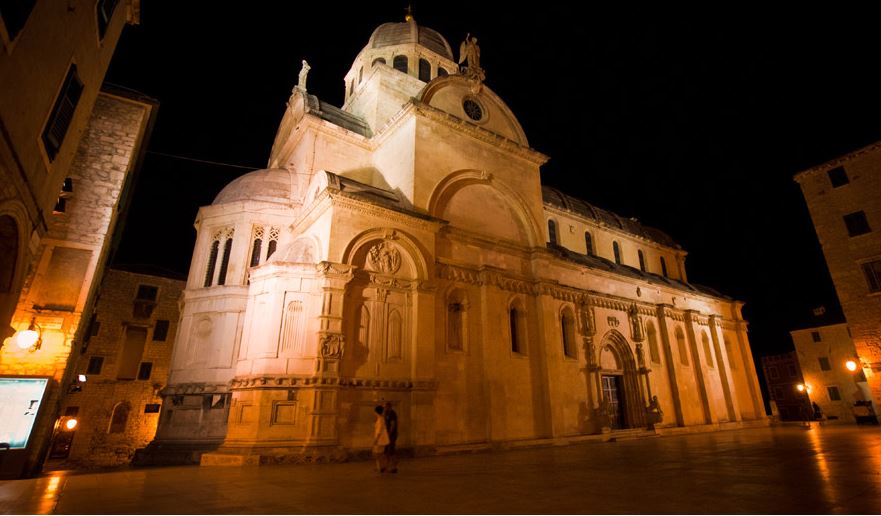 Documents have preserved the building of the cathedral amongst its renaissance churches with contributions from the entire community with regard to its construction, but also from a number of individuals too, including a large number of domestic stone-dressers, builders and artisans. The most important among them was Juraj Matejev Dalmatinac, originally from Zadar and the person commissioned by the town in 1441 to take over the job of the proto-master of the Šibenik cathedral. 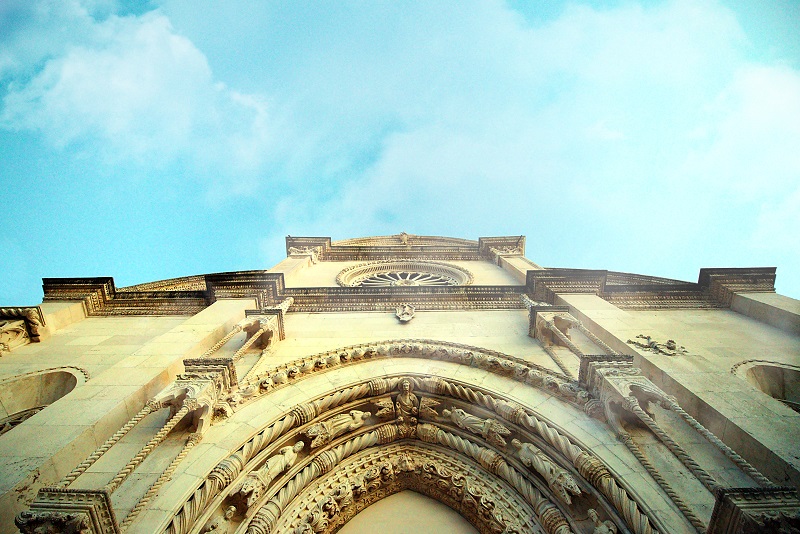 The cathedral and the nearby renaissance town hall, as well as the nearby churches, palaces, and the Prince’s Palace presently housing the County Museum, probably form Croatia’s heritage’s most beautiful square.

The scientist and visionary, lexicographer and writer, philosopher and theologist, Faust Vrančić, is the best known figure of the Croatian renaissance. The writer of the first Croatian dictionary, as well as the author of the famous book of projects and inventions, Machinae novae. Among his many ideas, the drawing of homo volans (the flying man), is outstanding, it is the first printed picture of a parachute flight in history. The 14th century St. Francis Church and Monastery of the first Croatian national Shrine, has been an important ecclesiastical and cultural centre for centuries.

There are over 150 incunabula and the same number of valuable manuscript codexes, including the famous Šibenik Prayer, the first Croatian poetry text written in Latin script can be found in the monastery’s collection. In the church, the original organ has been preserved created by the well-known 18th century Croatian organ inventor, Petar Nakić. The current vivid cultural life of Šibenik is shown by the traditional Šibenik International Children’s Festival. 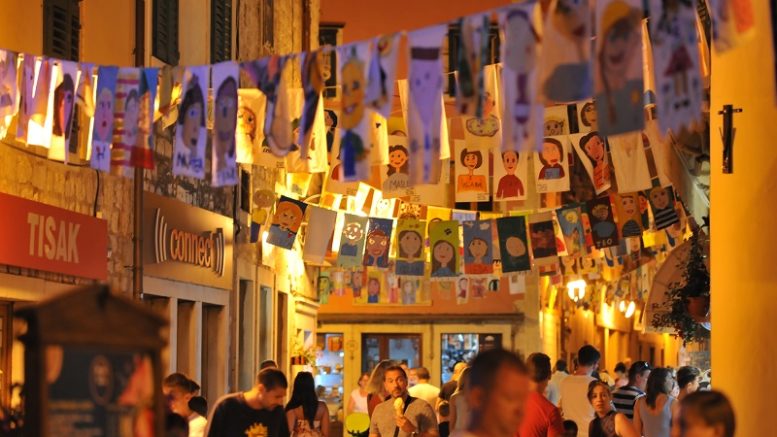